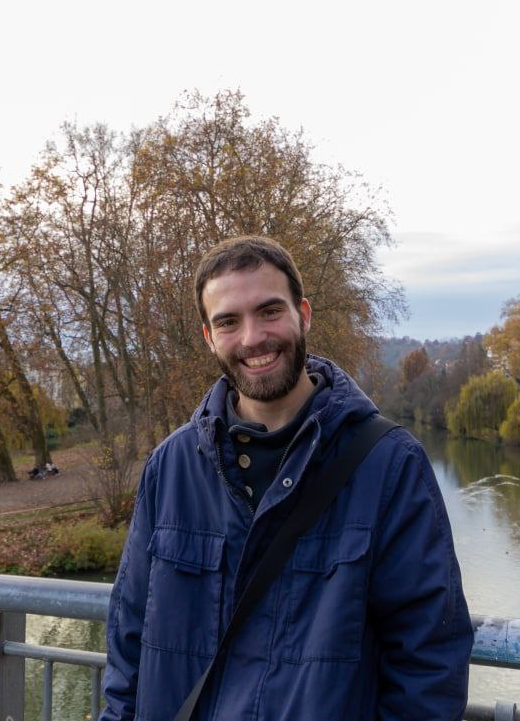 I studied Physics at the University of Granada, and got interested in statistical physics and its applications. then moved to Mallorca to study the Master in Physics of Complex Systems. Now I'm finishing my PhD studies under the direction of M.A Muñoz at Granada and Raffaella Burioni at Parma, where I'm styuding synchronization properties and its relationship with critical phenomena in the brain. Other research interest are in theoretical ecology, evolutionary theory, music theory, and field theory. I also like a lot talking about science (in general), science fiction, playing videogames, and making music.

I am currently doing by PhD in a co-tutelle between the universities of Granada (Spain) and Parma (Italy), under the supervision of Miguel Ángel Muñoz and Raffaella Burioni, respectively. I started in November 2017.


I am mainly focused in the study of neuronal models, and in particular, we are working now in the role of inhibitory synapses in the brain.

I studied my Master Degree in the Institute for Cross-Disciplinary Physics and Complex Systems (IFISC), which is affiliated to the University of the Balearic Islands and the Spanish Research Council (CSIC). I obtained a mark of 9.42 over 10, being top of my promotion. I got several honor mentions during the courses.


My Master Thesis was done under the supervision of Manuel Matías (IFISC) and Ricardo Martínez (University of Princeton), proposing and studying a model of bacterial growth mediated by quorum sensing. You can read it here.

I studied a 4-years 240 ECTS degree in Physics at the University of Granada (UGR), obtaining a mark of 8.20 over 10. I also obtained honor mentions in all subjects related to numerical simulation and statistical physics during the degree.


My Final Degree work was done under the supervisision of Elvira Romera and Manuel Calixto (UGR). In this work I analyzed the quantum phase transitions in a 2-state bosonic model.

I have assisted to the following schools for Graduate/PhD students: